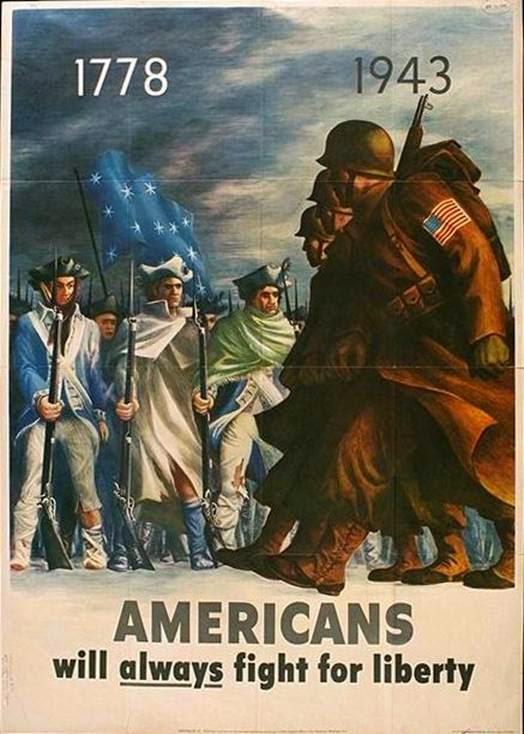 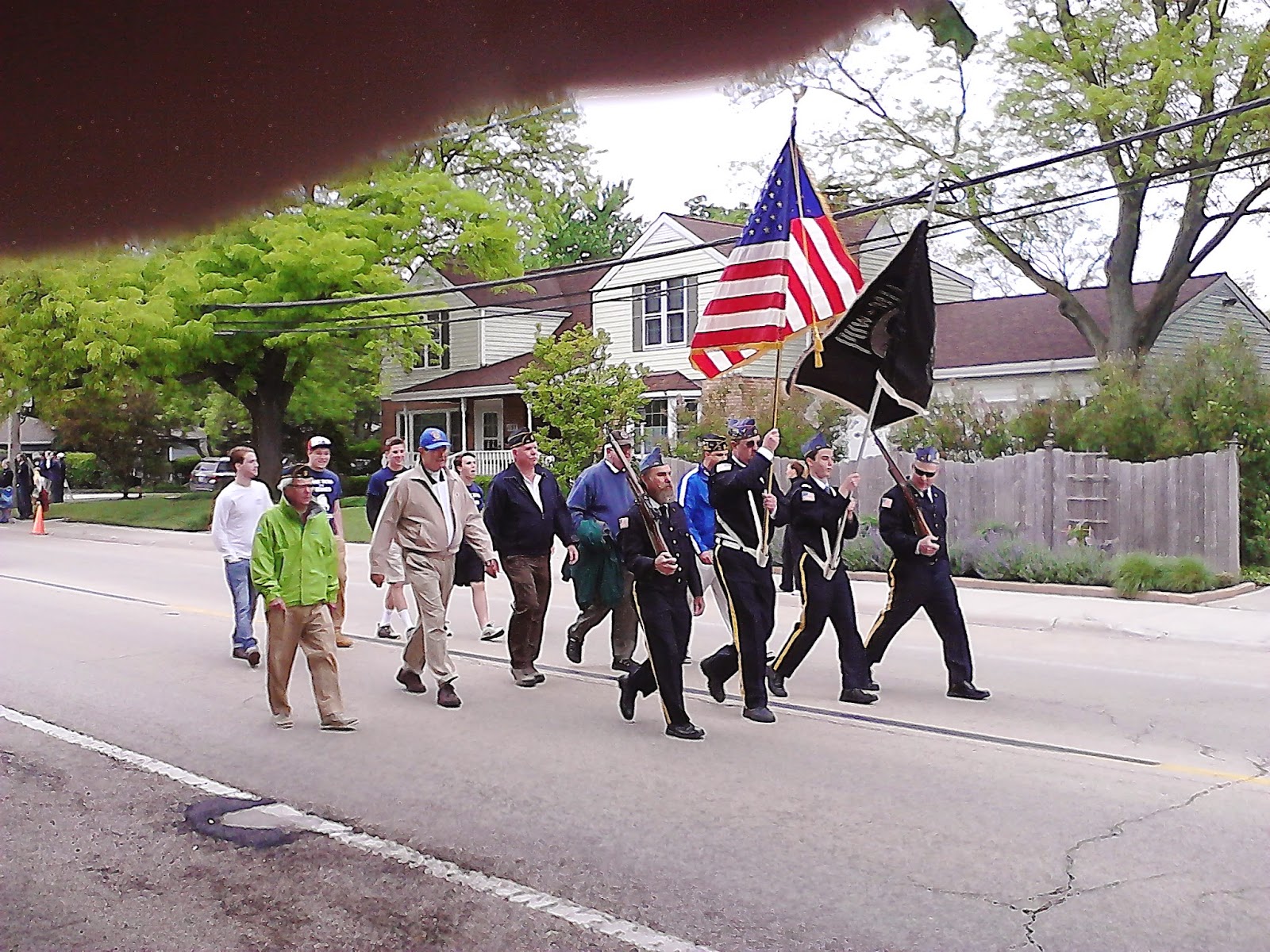 Life and that other thing that follows it are mysterious in many ways. Perhaps the biggest mysteries are the timing and ultimate cause of one's death. If you spend too much time anticipating your demise, you will only hasten it. Military veterans who were wounded in battle frequently die from a very civilian disease. Those who concentrate on nutrition, fitness, and wellness may reach their end through an unforeseen accident. As I see it, the only comfortable way to look toward the thing that comes after life is to avoid looking toward it at all. Like those old vets who follow the color guard in the Fourth of July parade, just keep marching. We all know there's a big IF in l-IF-e, but don't concentrate on the risks. Be creative and accomplish something for as long as you possibly can. Those veterans have the right idea.

Posted by Dick Davidson at 2:00 PM No comments:

Who's the Bigger Spy?

There's much discussion and, in some quarters, consternation about the U.S. Government tracking people's emails and telephone calls in the proclaimed interest of defeating terrorist plots. The debate usually centers on personal privacy and liberty vs. the need for the government to protect its citizens and non-citizens alike. Perhaps this same kind of scrutiny should be applied to looking at what private firms do with your emails and internet transactions. Google takes keywords out of every email you write (at least on gmail, but perhaps elsewhere too), and uses it to tailor the advertising that you receive during your online interactions. Two days ago, I ordered flowers online for commemoration of my sister's anniversary. Within an hour, I noticed that just about every online site I visited had advertisements for the flower vendor from which I had ordered. The same thing happens if you search for a product which you may someday want to buy or which about which you want information. A few months back I went on Google to look up the dimensions of a faucet, and immediately afterward, I was deluged with faucet advertising, both from the manufacturer in the inquiry and from others. If you are signed in to Google, they document everything you do online.

We learn to live with private firm invasions of privacy. Why is it so shocking when the government does a version of the same thing for national security purposes. The important thing to remember is that you shouldn't say or do anything online that you aren't willing for someone to see. I'm in a particularly bad situation. I write murder mysteries (See https://www.amazon.com/author/richarddavidson ), and I frequently search for poisons and other devices for causing mayhem in my books. I wonder what all of the internet spy organizations are saying about me? The fact is that your computer leaves records or footprints with every click and search and scan. Get used to it, or completely disconnect yourself from the internet forever. Isn't it amazing that mankind survived without the internet until twenty years ago? Can we do so again?
Posted by Dick Davidson at 10:15 AM No comments:

Are You an Original? 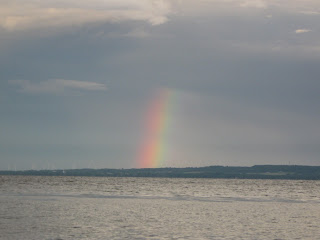 Some things in life are originals and can't be reproduced, like a rainbow that can only be seen for a short time under special conditions and from the correct viewing angle. Few of us are originals on a continuous basis. Most of our time is spent reacting to news and the actions of others. We spend another portion of our time studying and reproducing the traditions handed down to us by our predecessors. However, once in a while we manage to show our initiative and tackle something that no one has done before or create a product, piece of art, or literary work that is different and new. A long time ago, someone said that we are each a unique, unrepeatable, miracle of God. As such, we each have an unmatchable set of talents and experiences. Bring your uniqueness to your job or other challenge. Remove yourself from thoughts of your daily duties, and meditate on what uniqueness you have to offer those around you. Being yourself is more than not copying others. Express your own opinions based on the singular path you have taken through life, and create something that requires your own special blend of where you've been, what you've done, and who you are. The world is a different place because you've lived in it. Express that uniqueness to others.

Posted by Dick Davidson at 1:40 PM No comments:

Background Checks and Knowing Your Neighbor 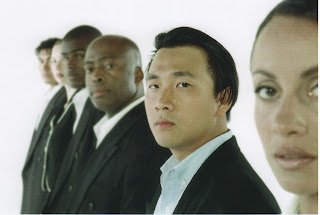 Two major things happened last week. Two brothers, twenty-six and nineteen years old, bombed the Finish Line of the Boston Marathon, and the United States Senate failed to pass expanded background checks for people wanting to buy guns.
In the case of the two bombers, who also had assault weapons and fired them at pursuing police, their neighbors and family members all said that they were good kids and had shown no signs of violent tendencies. Doesn't this sound just a little bit familiar? So many times we hear of someone committing a violent crime and find that neighbors and people who knew him or her casually thought the individual to be a pleasant quiet person. For all you know, there might be such a pleasant quiet person in your neighborhood right now. Would you want that person to be able to purchase an arsenal of firearms without a background check? The Senate would...The problem is that Senators think that it will never happen to them, and they think that the votes and contributions from the NRA are more important than the votes of the rest of us.
Last week the violence from presumably innocent people hit my home town, Boston. A campus policeman was shot to death at MIT where I went to school. The FBI had already interviewed the older brother a few years ago. They may or may not have caught his desire to purchase assault weapons if the expanded background check system had been in place. With that system, they would have at least had the chance to spot his moves. Those two brothers were not the only ones among us, perhaps in your neighborhood, who have hidden violent tendencies and reactions to circumstances. Look at all the instances of someone being fired from a job and then returning with weapons to kill former supervisors and coworkers.

Expanded background checks won't catch every potential monster, but they would definitely keep some undesirable people from purchasing weapons. Even the NRA says we need better mental health treatment and need to detect people with mental problems. If someone who has been fired is angry at his or her former supervisors and coworkers, but doesn't own a weapon, they will be delayed in acting upon their anger and will have time to cool down. That's why background checks are usually accompanied by a cooling off period. Expanded background checks won't solve all of our violence problems, but the people they save are just as valuable in the sight of God as you or I. We have laws that identify sexual predators in our neighborhoods. Why shouldn't we keep felons, potential terrorists, and people with mental problems from stockpiling weapons in our neighborhoods too?

Posted by Dick Davidson at 10:46 AM No comments:

The Mouse that Roared 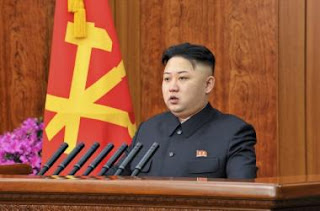 Kim Jong Un must be a fan of the Peter Sellers movie, The Mouse that Roared, in which a tiny country that accidentally gets hold of  a nuclear device has major powers trying to appease it. The difference is that Peter Sellers' version was funny while the current one is both pathetic and dangerous. This is exactly the type of unstable individual and national leadership that the Nuclear Non-Proliferation Pact sought to avoid. North Korea is severing all ties with South Korea and aiming missiles at U.S. installations and islands in the Pacific. If this is to play out peacefully and in the interests of long-term world stability, it's time for China to exert its massive influence on the rogue on its doorstep. The major powers will not seek appeasement this time around.
Posted by Dick Davidson at 8:57 AM No comments:

This Above All, to Thine Own Self Be True... 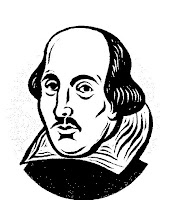 Shakespeare had it right in the advice of Polonius to Laertes in Hamlet. This above all, to thine own self be true... Whatever your endeavor, don't try to do it the way someone else would. Do it your way, because you are unique and unrepeatable - we are each special in our own way. No one else has had your heredity plus your environment plus your experiences. You may be a bit self-conscious and afraid that you won't be as good as someone else, but if you copy the work or style of another person, you will be a poor imitation and not an original. When you do things your way, you will automatically have an approach and style that is your own. It may not be perfect, but you'll be able to learn from it and improve on your next try, because you'll know what it took to achieve the first try. Whenever you tackle a task, a project, or a way of life, you may make mistakes for which you may be blamed. If you have been copying the ways of someone else, you will be blamed for his or her mistakes. Be an original and true to your own essence and background. It is much better to be blamed for your own mistakes than to suffer for the failings of someone you emulate. You may start your career by being an apprentice, but at some point you have to step out on your own and do original work. We all have variations in our degree of originality, but an ounce of originality is worth a ton of copying.
Posted by Dick Davidson at 4:13 PM No comments: 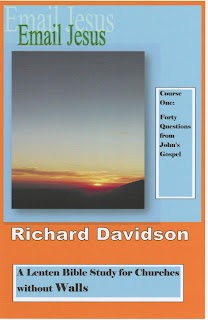 Email Jesus is a forty-day Bible Study for use during Lent or at any other desired time of the year. Written and edited by Richard Davidson, its uniqueness lies in its delivery of daily reflections on Bible passages and exchanges of comments on those reflections by email, allowing participation by an unlimited number of people from anywhere in the world. It is truly church without walls. The various courses are available as eBooks, making it easy to download the forty individual lesson sheets and distribute them to those who will write reflections, well in advance of their due dates. The courses currently available are:
Course 1, Forty Questions from John's Gospel
Course 2, The Prayers of Jesus
Course 3, The Parables of Jesus
Course 4, God's Promises and the Beatitudes
Course 5, The Disturbing Sayings of Jesus
Course 6, The Acts of the Apostles
For more information or to order online go to  https://www.amazon.com/author/richarddavidson
or for Smashwords click here.

Posted by Dick Davidson at 8:39 PM No comments:

Search My Sites and the Web